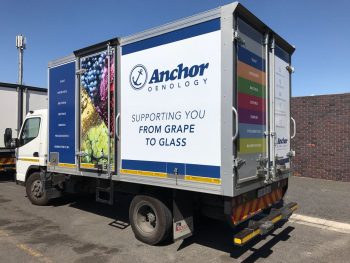 The Anchor Oenology Team has been knee-deep into the new harvest season for 2018. During the months of November to April, the grapes are harvested all around the Western and Northern Cape to supply the local and international wine industries with fabulous South African wines. This season, however, has been one with many challenges.

The Western Cape faces the worst drought in history, with taps set to run dry in July. When you take into consideration that it takes approximately 900 L of water to produce 1 L of wine, the challenges become more apparent in the wine industry. Add to that the fact that the vine requires water to sustain itself and build reserves for the next season, the situation becomes even more desperate when looking ahead.

South Africa is the 7th largest producer of wine, accounting for approximately 4% of the world’s wine production. However, the current harvest could see that changing and is predicted to be the smallest harvest since 2005. It could be down by as much as 25% to 50%, according to industry body VINPRO.

With a challenging season, the Anchor Oenology team is supporting the South African wine industry from grape to glass.