Hokkaido Milk Bread, otherwise known as Japanese Milk Bread, might look like a plain white loaf of bread, but there’s an interesting technique behind the popular bake. Within Japan, the bread is known as ‘Shokupan’ (shoku meaning food and pan meaning bread) and it is a staple of the country’s cuisine. The bread has a thin crust and a fluffy white internal texture that’s slightly springy – a texture described as mochi-mochi in Japan.

The bread is said to have been around in Japan since the late 1880’s, but according to Time Out Tokyo, it’s having a moment in the busy capital city right now. According to the publication, people are enjoying the bread in a number of different ways, including sweet and savoury, plain or toasted, as a sandwich and in extra thick slices.
Shokupan’s fluffiness and moistness, as well as its shelf life, is attributed to the ‘Yudane’ or ‘Tangzhong’ method that is used in the process of making the bread. A small portion of the flour in the recipe is cooked with water or milk (or both) to create a thick slurry. The mixture is then heated which allows the starch in the mixture to gelatinise. Once the starch has gelatinized, the flour can absorb more liquid and it can hold on to that liquid throughout the kneading and baking processes. This in turn means that the bread will stay softer and fresher for longer and may rise higher.
The Yudane and Tangzhong methods differ slightly. The Tangzhong method has a ratio of 1:5 flour to liquid, and the slurry is cooked to 65°C to thicken before being cooled. The Yudane method uses a ratio of about 1:1 and boiling water is added to the flour before it is mixed and cooled. 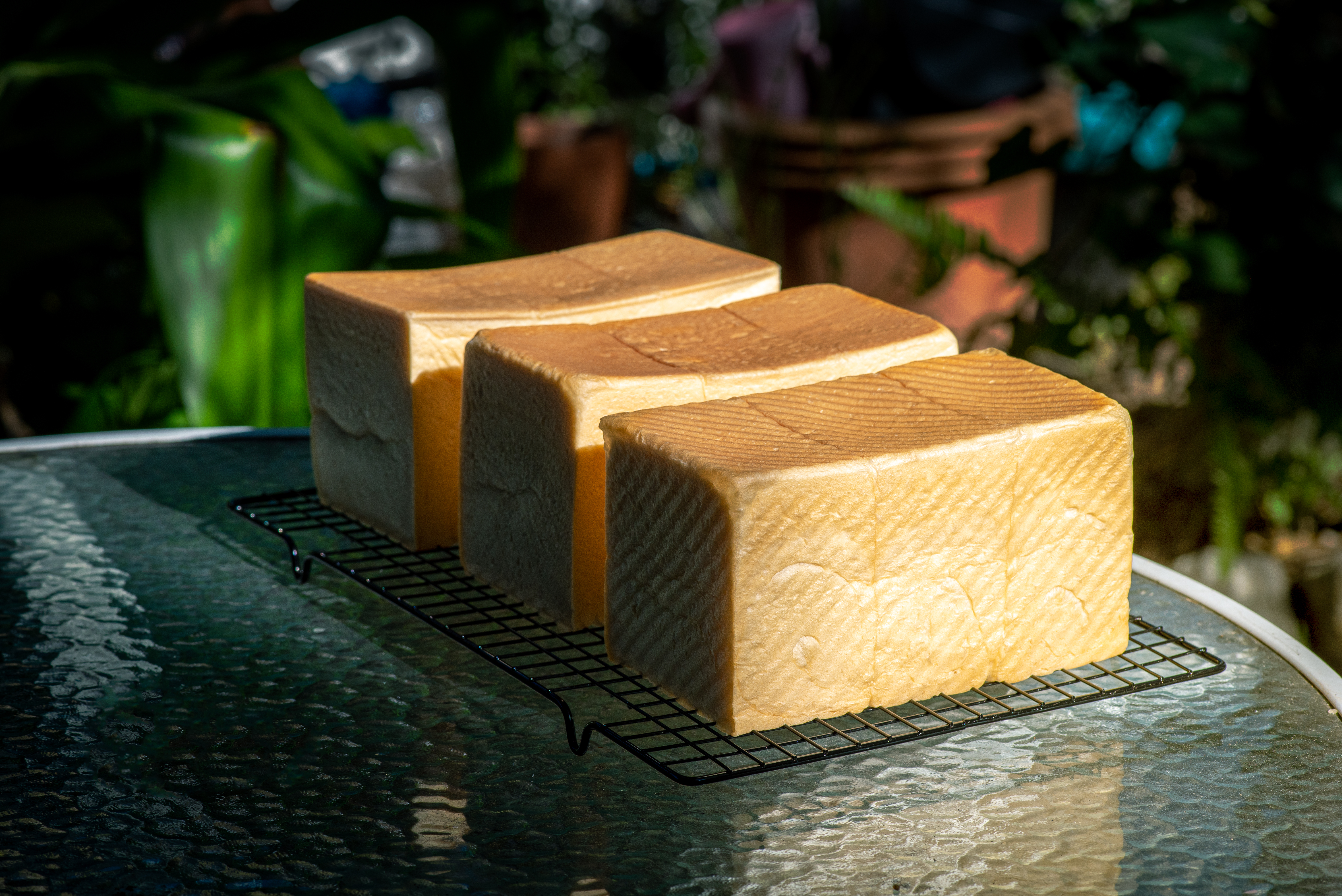 Once the slurry base has been made, then the additional ingredients of flour, milk, butter and yeast are added. Milk can also be swapped out for plant-based milks, or for higher-fat options such as cream.
Typically, shokupan comes in two different styles – yama (meaning mountain, for a rounded top) and kaku (the square-cornered loaf). However, like all breads, the shape and style changes as bakers put their own stamp on their creations. The bread is as much of an artisanally-made bake as sourdough and pastry, with much skill and technique going into the perfect loaf.